Welcome to the next post in the blog series of converting my existing projects to the Uno Platform.

The part I’m going to start with is the I-Synergy Framework library.
Before we start converting the library, we need to take care of a number of things that will ensure that the migration runs smoothly.

An important step IMHO is the creation of a test project where you can test the functionality or controls in a kind of sample project. This project should result in a workable application that shows existing functionality.
This also allows us to see what bottlenecks or problems occur in our library.

Since I have tried this exercise before, I know that there are a set of problems you can avoid before even starting.

I recommend you to make a fork of the repository on GitHub to perform the same steps. This also gives you a better understanding of what is happening.
But of course you can do this also with your own project. 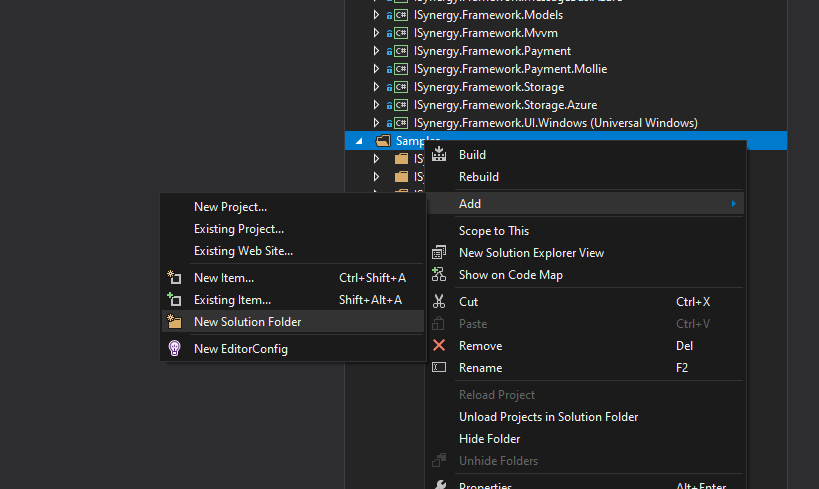 If necessary, create a subfolder in your solution where you want this project.I named this folder I-Synergy.Framework.UI under the Samples folder. 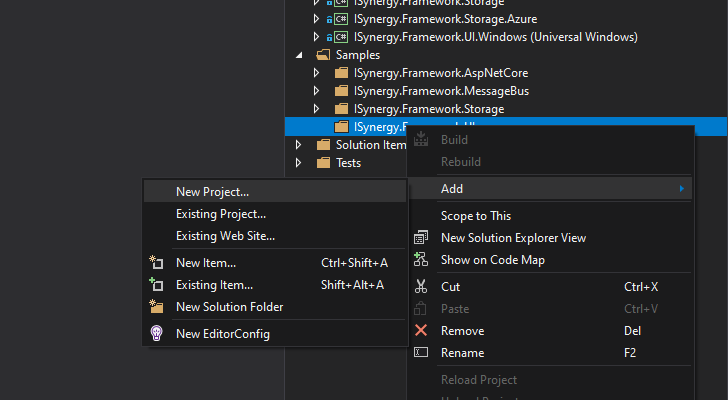 Right mouse click the folder and add a new project. 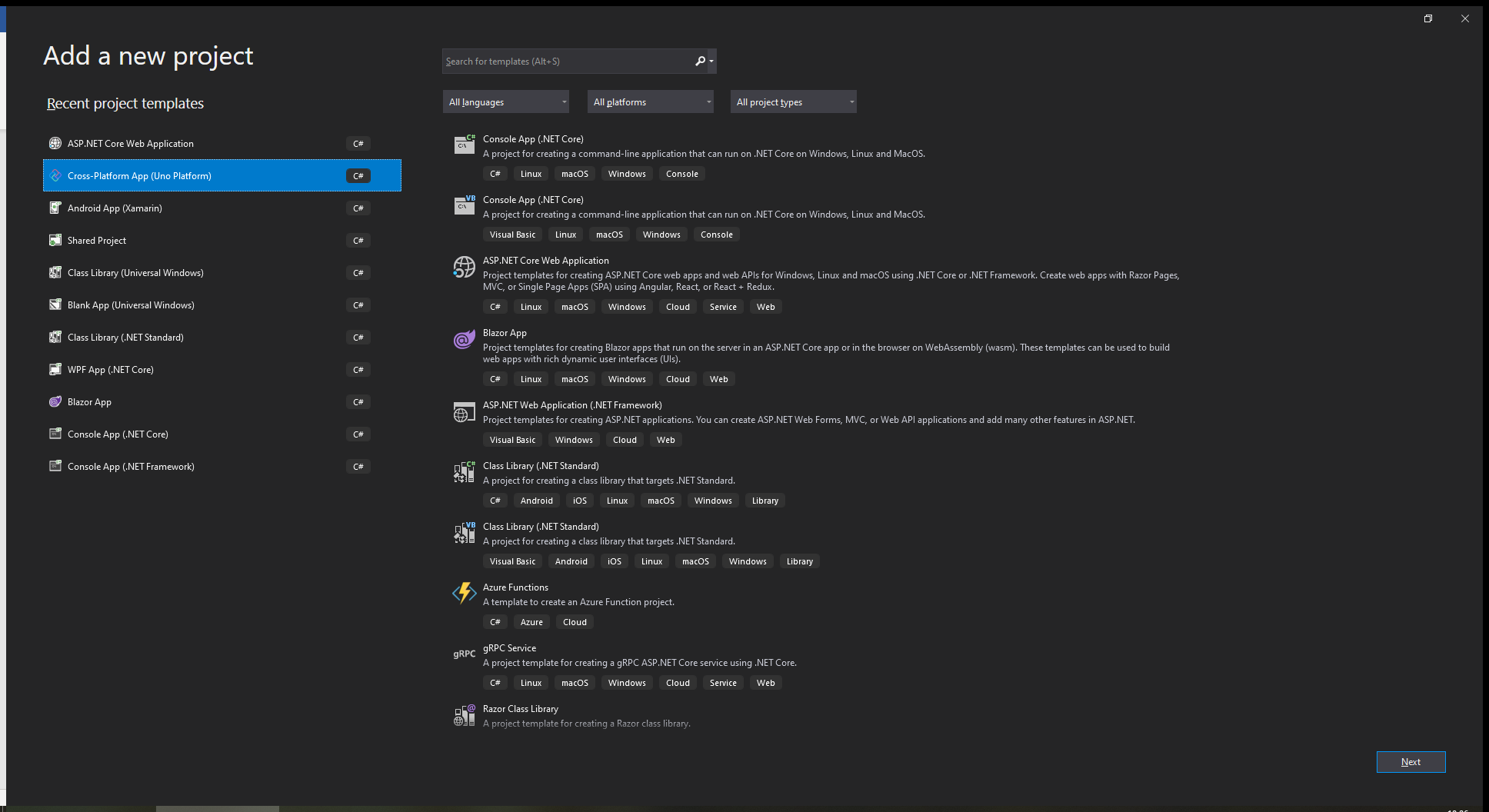 Select “Cross-Platform App (Uno Platform)” and then on “Next” 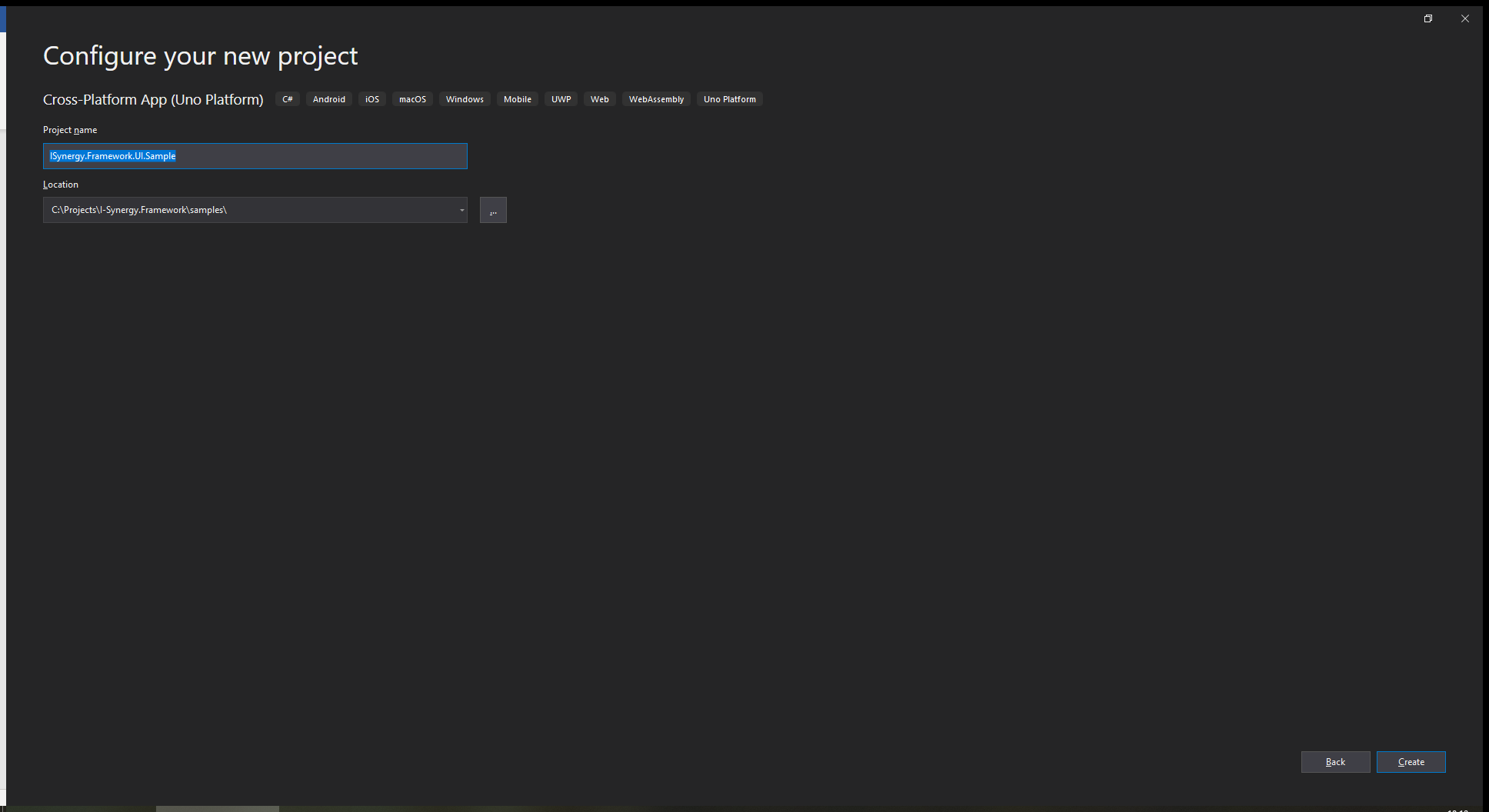 First select the right directory location where you want to save this project.
Enter the correct “Project name” (e.g. ISynergy.Framework.UI.Sample) and click on “Create” 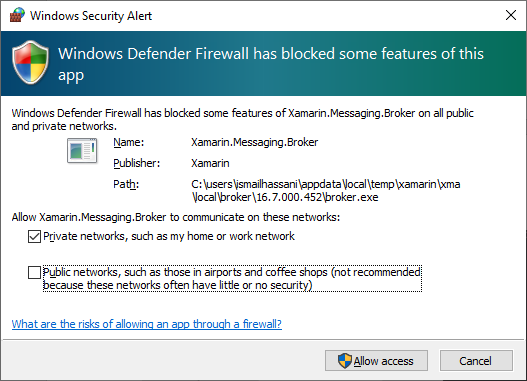 Windows Firewall can give you a notification about the Xamarin Messaging Broker that demands access.
You can allow this one. 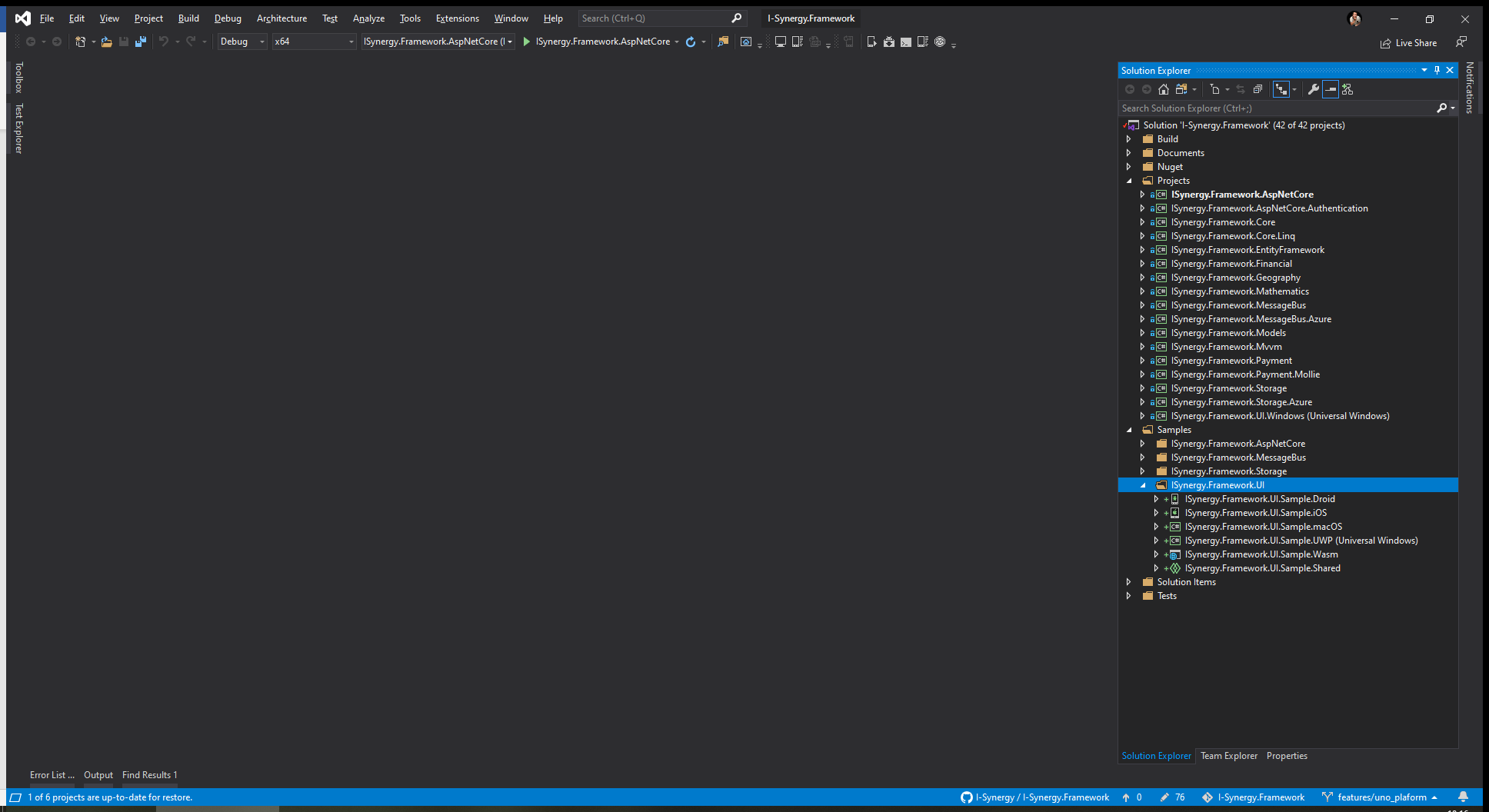 You can now see that a number of projects have been created within the sample project. 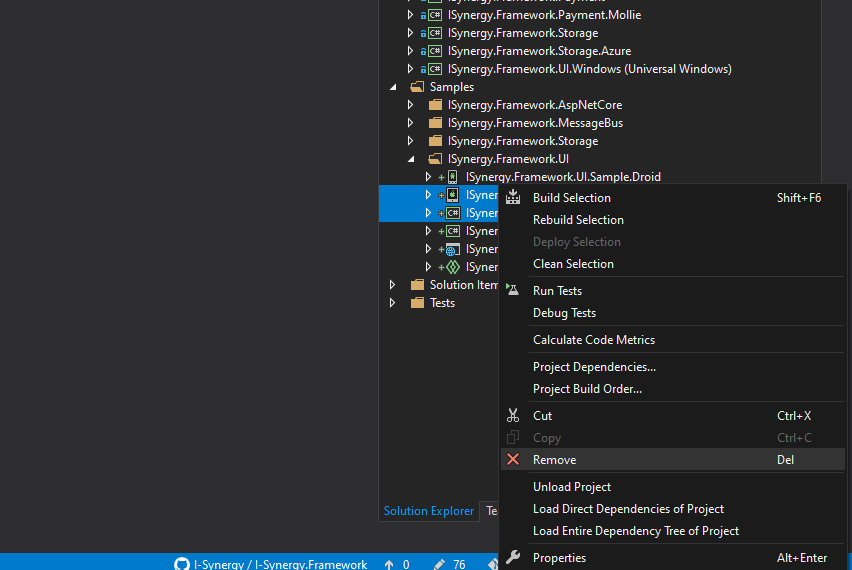 Because we don’t have any Apple hardware available at this moment, the IOS and MacOS projects are useless so we remove them both. 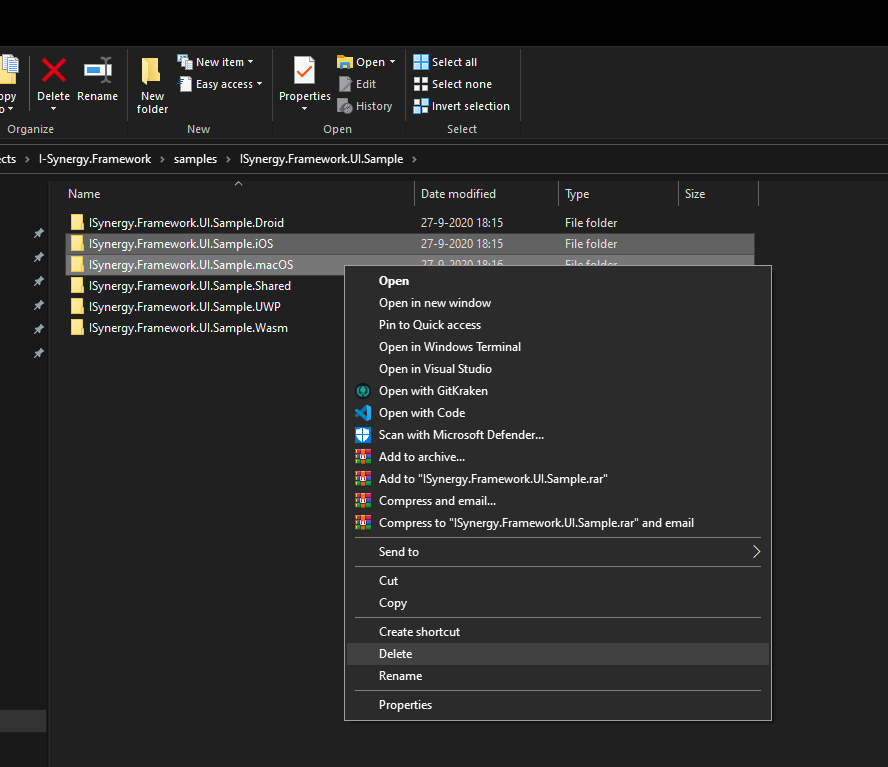 Don’t forget to remove the folders also. If needed, we can always add these projects later.
This is to avoid eventual automatic build exceptions or just for sake of space. 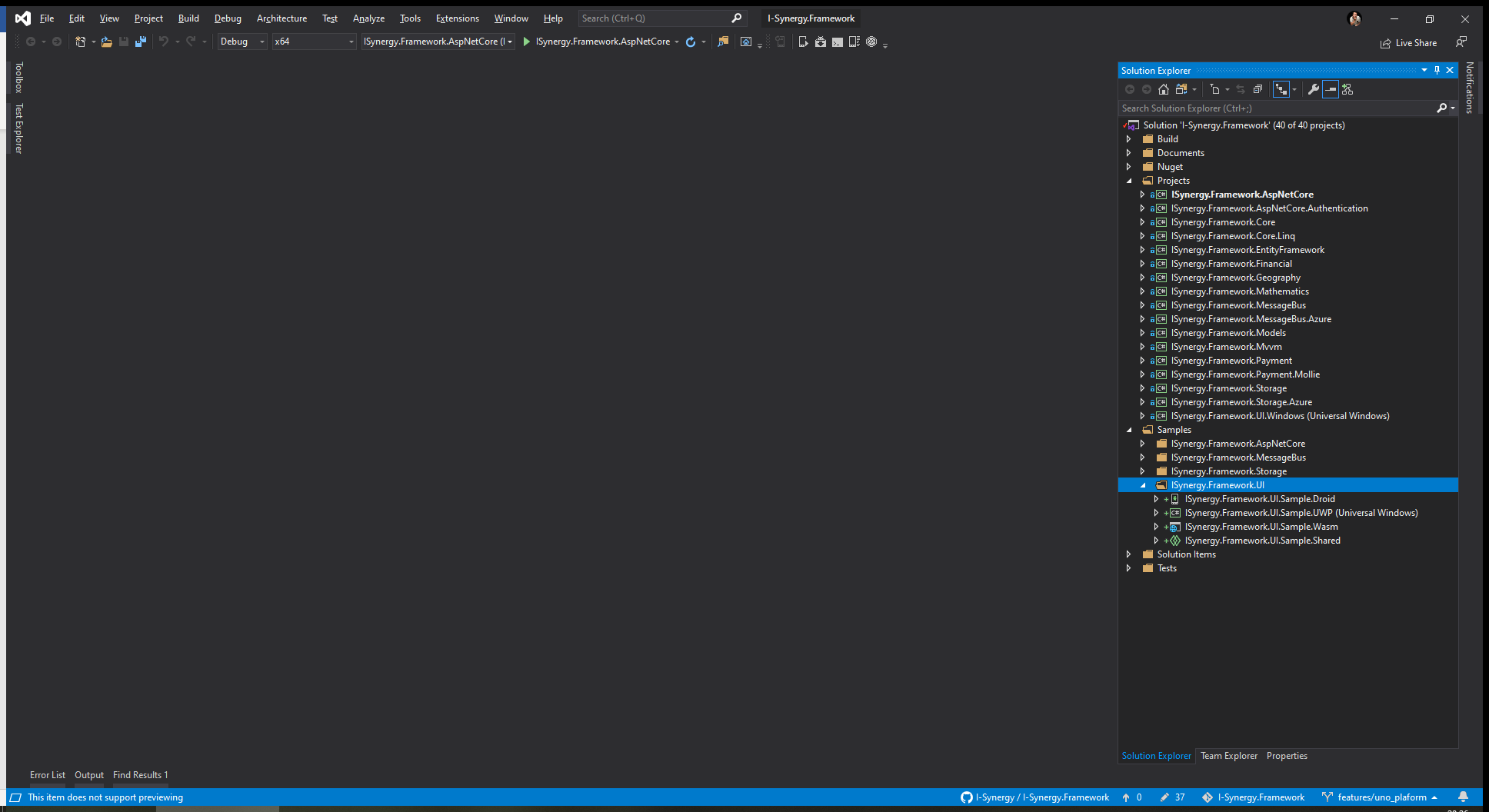 What we have left are the UWP, Android and WebAssembly head projects and a separate shared library project where all the shared code will be placed for the sample project. 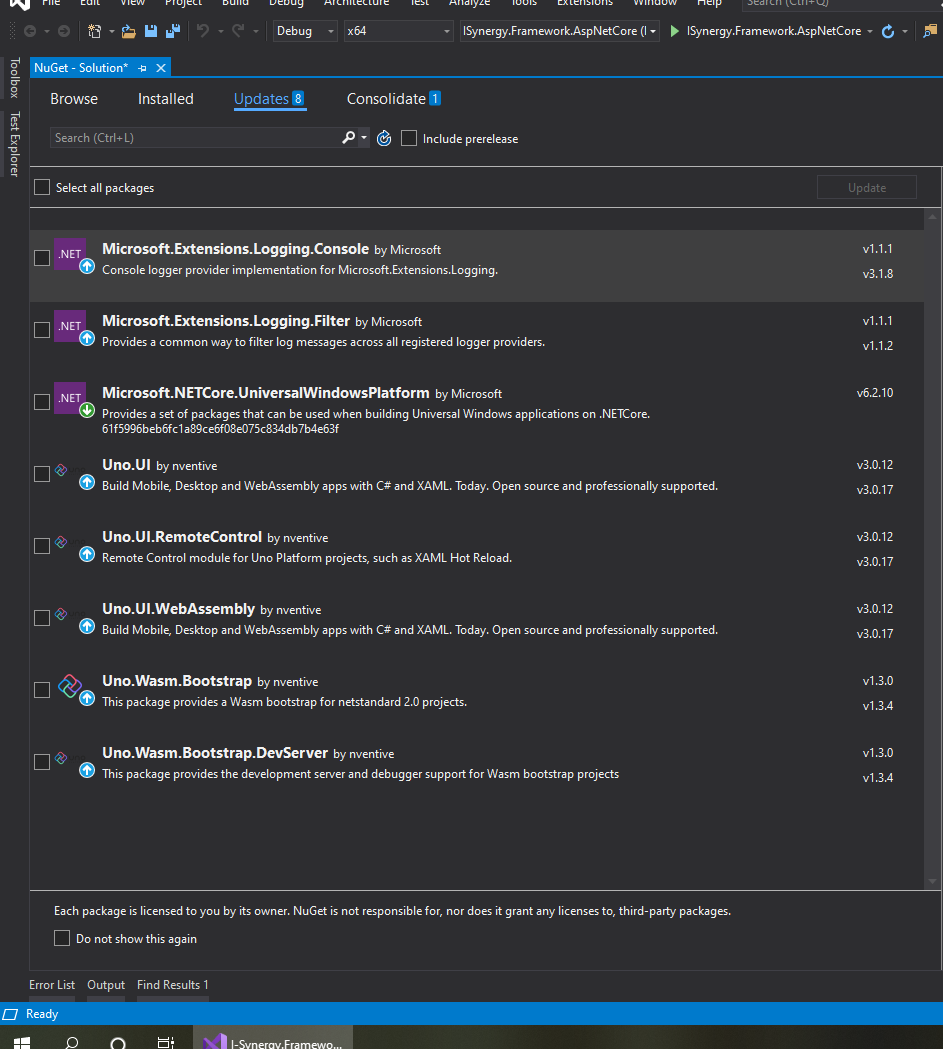 Now we’re going to check all packages for updates.

The next step is to see if the project is still building. For this we first start building the UWP project. 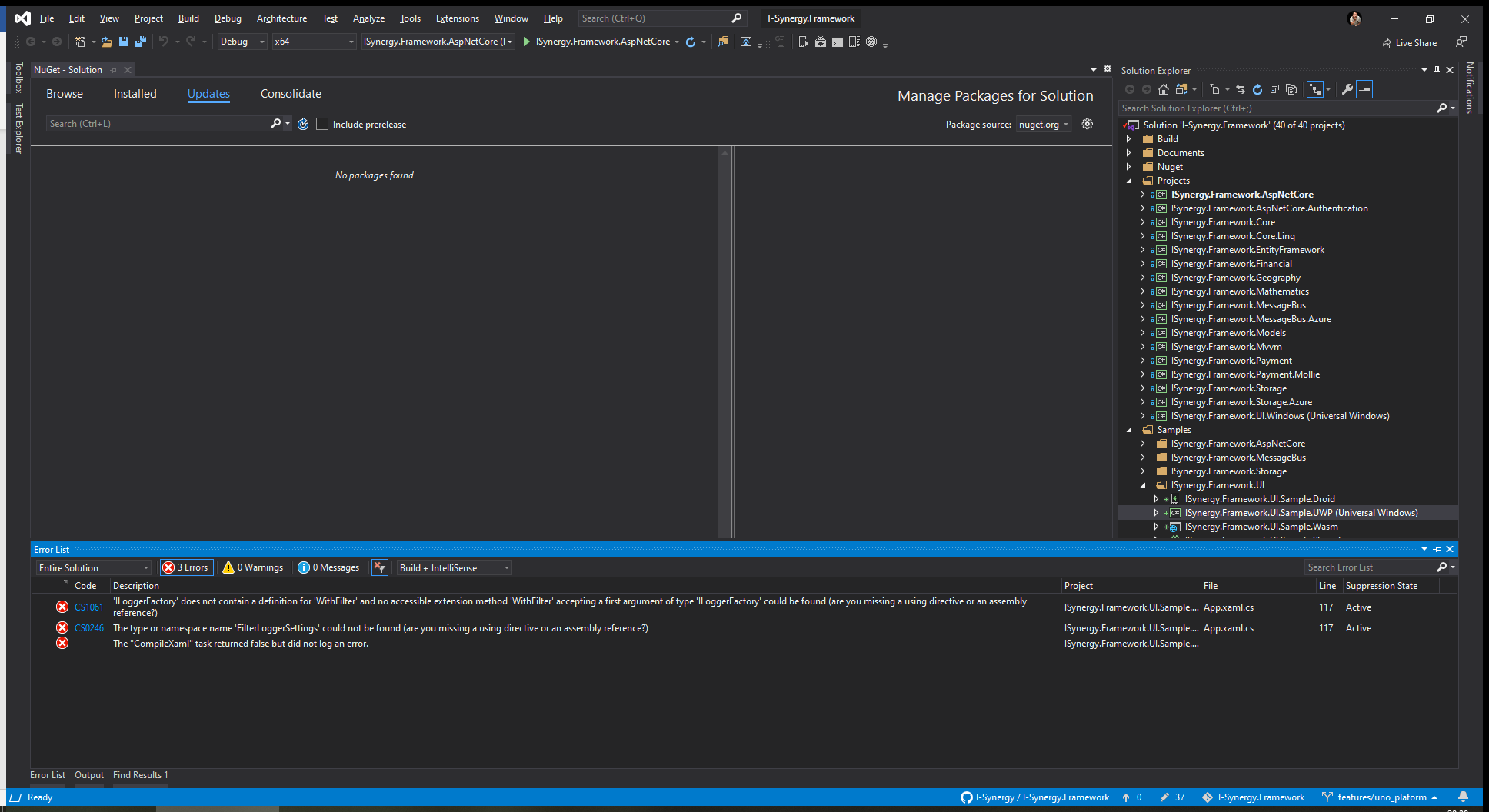 I got 3 Errors, from which the first one seems the most logical. 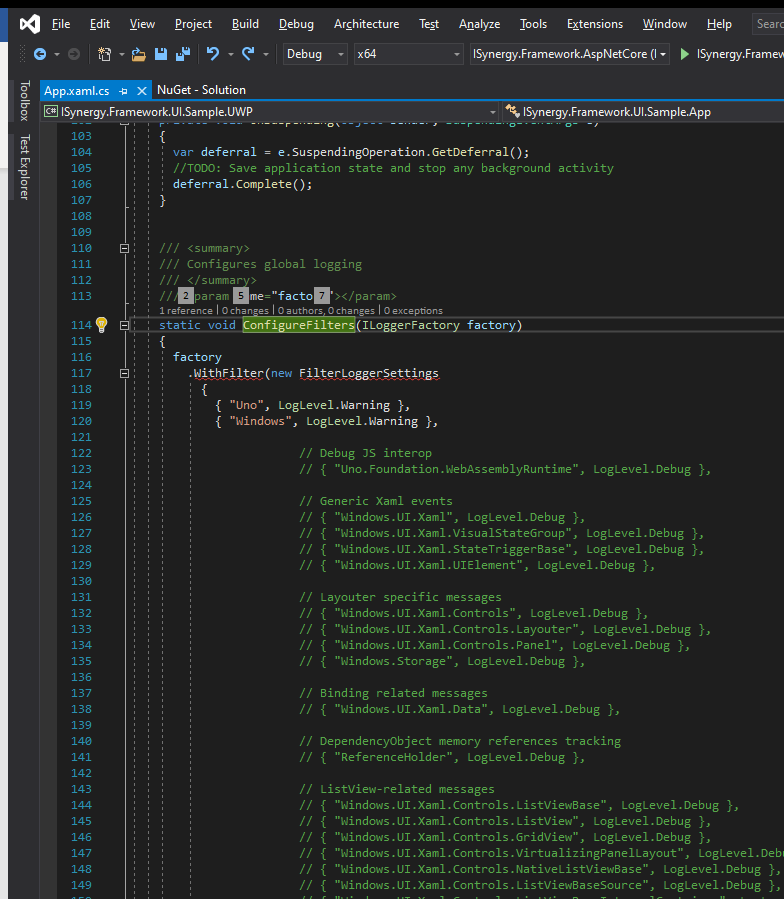 After rebuilding this project, the other 2 exceptions where gone too.

Building the WebAssembly project went well except the warnings of
Windows.ApplicationModel.Activation.LaunchActivatedEventArgs.PreviousExecutionState
and PrelaunchActivated is not implemented in Uno.

Now the Android project…
Again the same warnings as with the Wasm project but still successfully completed.

Everything seems to be going well now.

Align the UWP version with the existing library

Next step is to align the UWP version with the existing library.
We have deliberately chosen not to support a lower Windows version even though the Uno Platform can handle the creators fall update (16299). 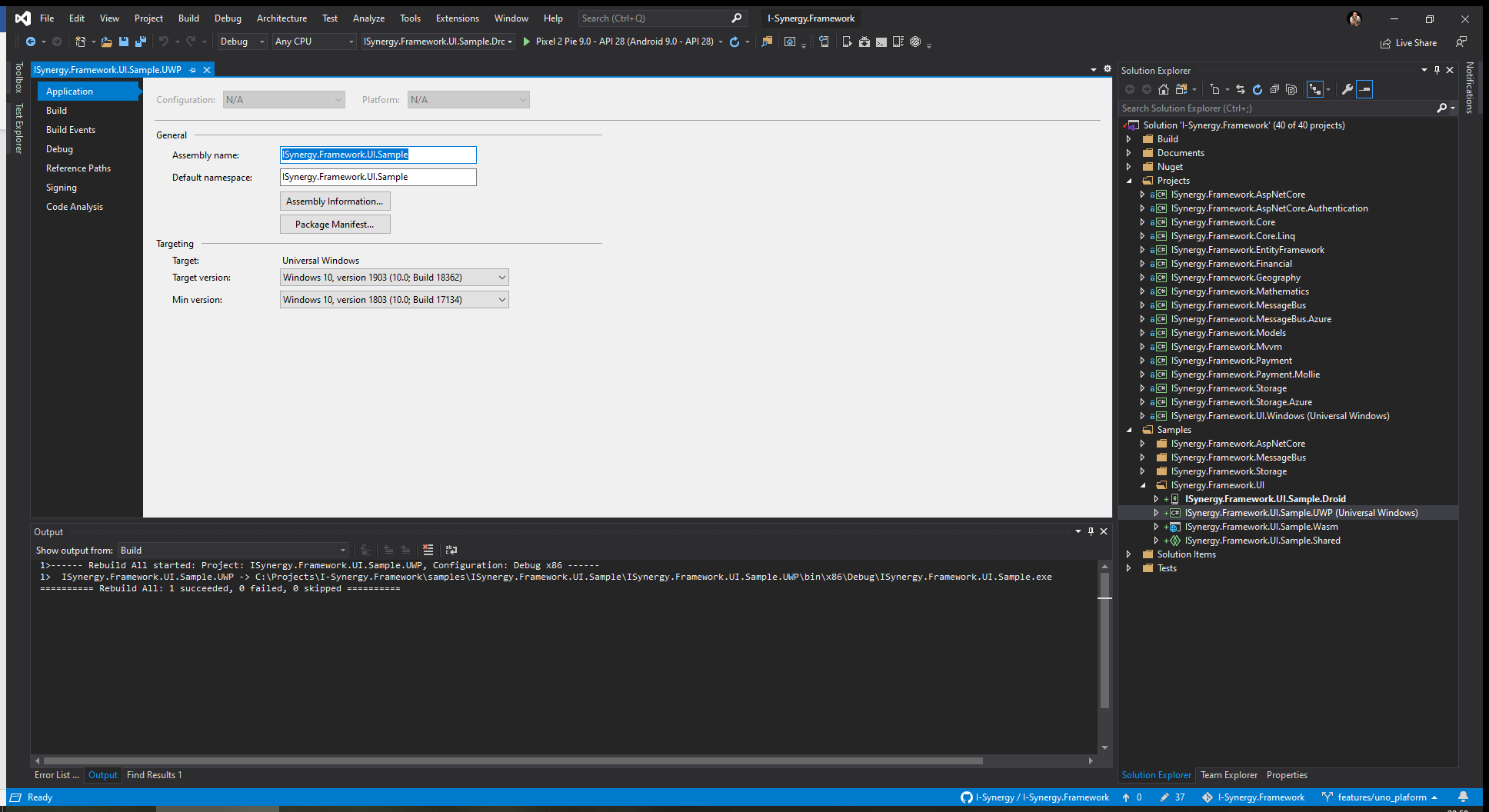 I’m now going to add the code from my previous sample to the new sample project. 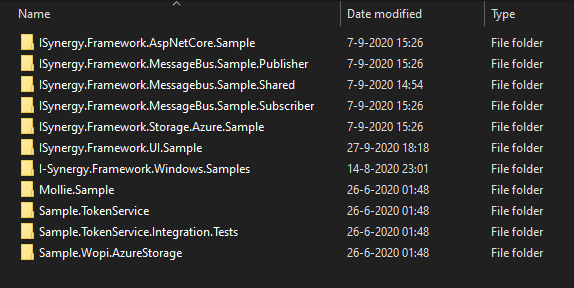 This is a simple UWP project that includes navigation, Mvvm base classes, various dependency injectable services and a slideshow viewer that serve as a base for most of my applications. Also, you can see that the old namespace (ISynergy.Framework.Windows.Samples) is used here. This will be not a real issue because we are going to remove it when we are done.

Another folder I will remove is the Strings folder in the UWP project. This is because I use another way to implement translated resources. I’ll use my own language service implementation.

The MainPage can also be removed because our view exists in the Mvvm folder structure.

What you also will see is that many service implementations actually do nothing because they serves primarily as an example and are not functional.
If you look at the code carefully, you will quickly understand this.

Ow yes, remember that the namespaces should of course be correct in the actual UI sample project after migrating the code. 😉

What you will see now is that there are quite a lot errors and this is because we are missing some references.
Normally they come along with the I-Synergy.Framework.UI.Windows project only we can’t use it now.

I don’t know why, but I think because this library is not yet suitable for Uno Platform applications.
We’re going to fix this in the next chapter. For now I check-in everything, so you can see from the commit what the changes are for yourself.